ALL THE NAMES THEY USE FOR GOD 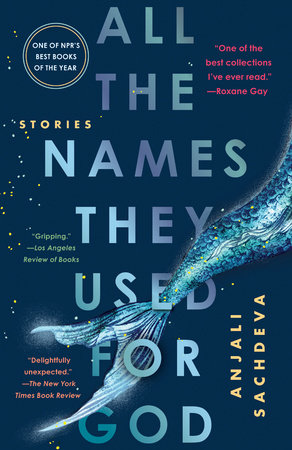 The best from this collection:

“The World By Night.” Sadie, a prairie woman, alone while her husband searches for work, comes across a cave, which she explores. It becomes her second home, and Sadie is caught up so much in its exploration that even her own reality begins to blur. It frightens yet welcomes her, the story of her life so far.

“Glass-Lung.” A migrant steel-mill worker named Van Jorgen suffers a debilitating accident and requires care from his daughter, Effie. Effie finds work in a science museum with the brilliant archeologist Dr. Freyn, whom she is attracted to. His research leads him, Effie and her father on an expedition to a potential hidden gravesite in Egypt: a grueling, long mission that will depend on its success not by a scientist, but by a disabled steelworker.

“Logging Lake.” Robert has a new girlfriend, Teri, who wants to go on a hiking trip deep into the wilderness. Terri seems close, too close, to nature; and Bob, coming off a near-disastrous relationship, is open to new experiences. The new experiences with Terri, however, will prove daunting.

“Killer of Kings.” The muse (or angel) and John Milton figure greatly in this tale of a creator and how a creation comes to exist.

“All The Names for God.” Survivors of sex trafficking learn about the rare goodness of humanity.

“Robert Greenman and the Mermaid.” This is the tale of a lonely man who lives under the spell of a mermaid. It’s about a fisherman tired of his life, weary of his fate and his desperate yearning for change.

“Anything You Might Want.” A tale of Gina meeting Michael, and how one partner in a relationship can be so untrustworthy, selfish and cold.

“Manus.” Aaron and a woman he loves, Yvette Raymond, are in a world conquered by the alien Masters: strange globular beings that are apparently immune to human harm. They draft humans to be “rehanded,” that is, to receive prosthetic metal hands, for some mysterious reason. But the humans gather secretly to combat them some other way: attaching multiple appendages to their own bodies, preserving the severed limbs and committing one giant act of defiance in preserving an entire person.

“Pleiades.” A human experiment to create the first identical septuplets, all girls, is successful. Well, at least initially. The babies grow up but, unexplainably, begin literally fading from memory.