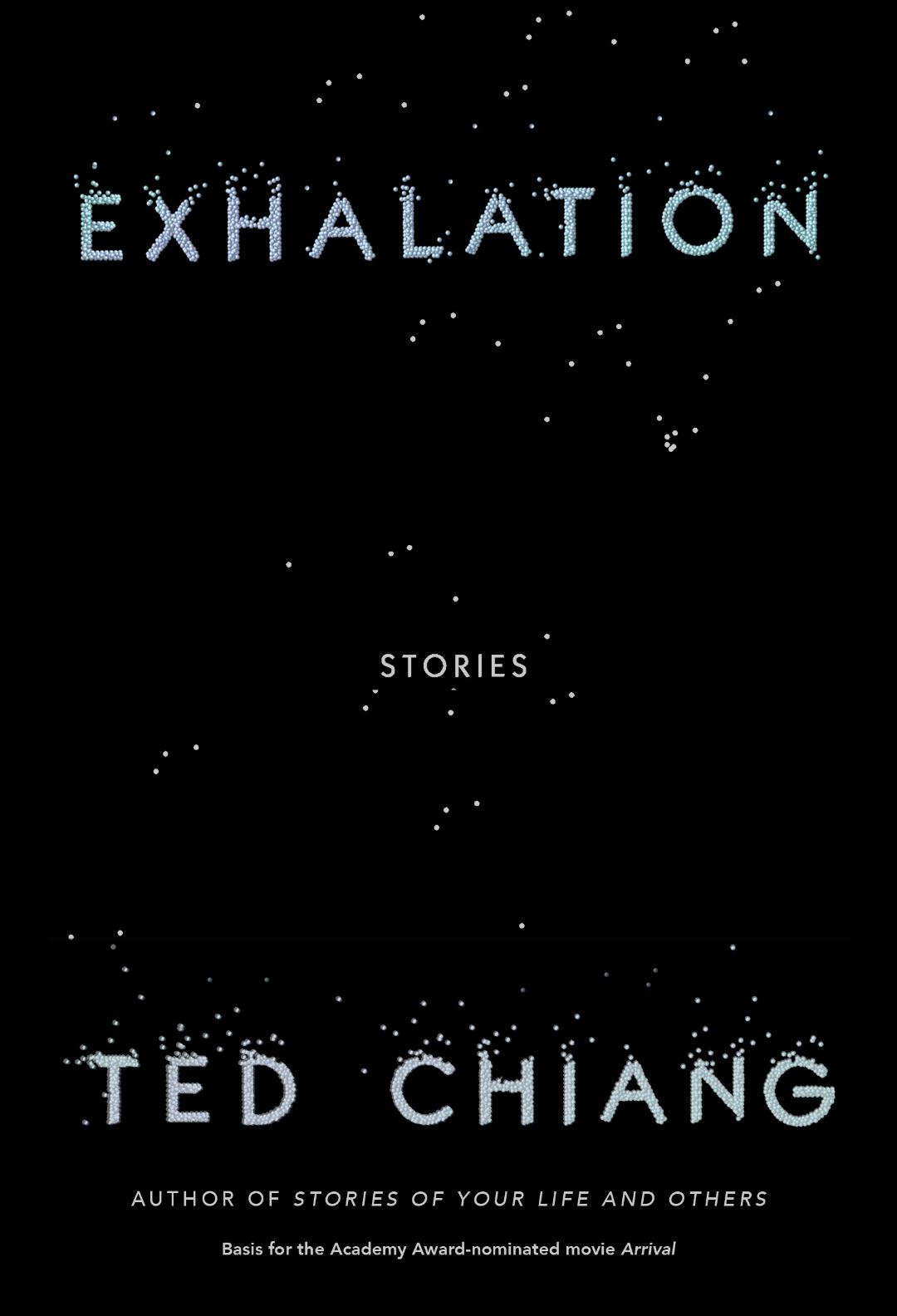 A collection by Ted Chiang comes highly anticipated, and this one is memorable.

Here are my favorite selections:

“The Merchant and the Alchemist’s Gate.” Fuwaad ibn Abbas, a purveyor of fine clothes from Baghdad, makes an extraordinary discovery in Cairo at a merchant’s shop: a gate that allows travel through time. What he learns of the tales told about the users of the gate prompts him to travel through it as well, to surprising and unknown consequences, as well as learning a lesson about the powers of time itself.

“Exhalation.” The title story is an account of a literal machine intelligence of its own dissection, revealing a being made intelligent by the movement of golf leaf plates and the necessity of airflow, who comes to discover its species own entropy, its mental, inevitable destruction from natural causes and a testimony to life, no matter what form it takes.

“The Lifecycle of Software Objects.” When digital beings can be created, when AI has gotten so advanced that avatars and cyberinteraction aren’t enough, and those who have invested their time and emotions into developing the digital beings are focused on their evolution, then what kind of world will it be?

“Dacey’s Patent Automatic Nanny.” This story is about invention and the emotional impact of a mechanical teacher on an infant. In this alternate history, one man is vilified for an invention that established behavioral science can only question. What else is new?

“Omphalos.” This posits a world in which young-earth creationism is the norm, in this reality, where an archeologist is loyal to the understanding of God’s work in creating the earth. But too many questions test his faith in many things. One major uncovering, one simple discovery, leads to a dearth of other questions, and where does it end?

The 2004 film, “The Butterfly Effect,” could have been used to inspire “Anxiety Is the Dizziness of Freedom.” In this reality, a device called the prism allows communication and interaction with parallel universes and the “paraselves” who lie there. One woman is convinced she has set in motion several actions that have forced her best friend into a life of crime, yet the parallel universe gives the same results for her, and it shouldn’t. How much “effect” do we ultimately have on those we really care about and love?