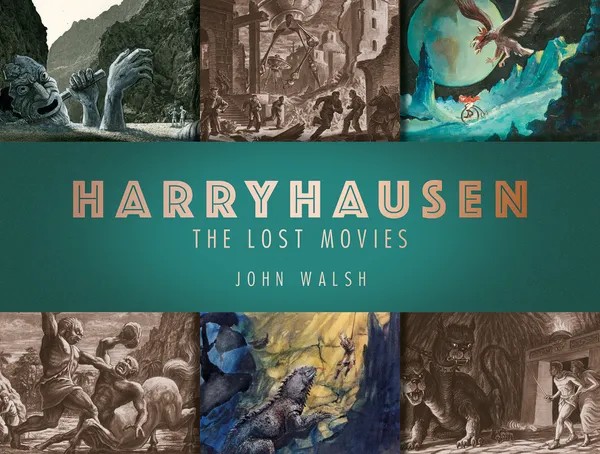 Who could forget the classic film from 1963, “Jason and the Argonauts”? That movie spooked me for years; it was always a treat when it was on television, and my brothers and sisters would all sit down when it came on, almost like clockwork, mesmerized by the stop-motion sequences, especially the terrifying warrior-skeletons that emerged from the ground. The movie still makes me shiver.

But while Walsh dedicates a lot of text to the movie, where are the stills of the skeletons? It was an iconic moment in this history about the filmmaker, the animator and the creative genius that was Harryhausen. It is a shame that segment was left short, inexplicably. But the book that pays fantastic homage to the work of this gifted animator is well done otherwise, breaking a career into decades, many of which were quite productive.