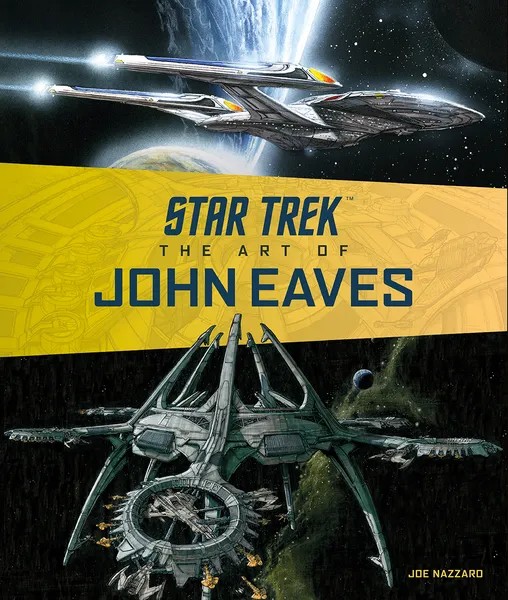 The illustrator for many a “Star Trek” franchise product, from “The Next Generation” to “Deep Space Nine” and beyond, John Eaves got his inspiration for things mechanical and otherworldly from the film, “Jaws,” in 1975: scary and oh-so-awesome was that mechanical freak of the seas that Eaves looked toward that wily contraption for more inspiration as a young artist, sending his renderings and drawings to Hollywood. (He remembers dropping off the drawings and watching the secretary throw them in the trash.)

However, in a few brash and fortunate sets of circumstances, Steven Spielberg himself suggested to Eaves that, to make a living with his artistic talent in Hollywood, Eaves should live there, and an aspiring artist with this kind of inspiration learned to take that advice.

There are many renderings of the starship Enterprise in all its permutations, from the film “Star Trek V” to “First Contact,” “Insurrection” and beyond. There’s even the Kelvin timeline and Eaves’ designs of Klingon battle cruisers, Starfleet weapons and other devices, alien weapons, “Star Trek: Discovery,” the U.S.S. Shenzhou and other Starfleet ships.

STAR TREK: The Art of John Eaves is a treasure trove of exploration into a developing vision of the “Star Trek” universe, and this book goes into my permanent library.

I wonder what Eaves will illustrate next?