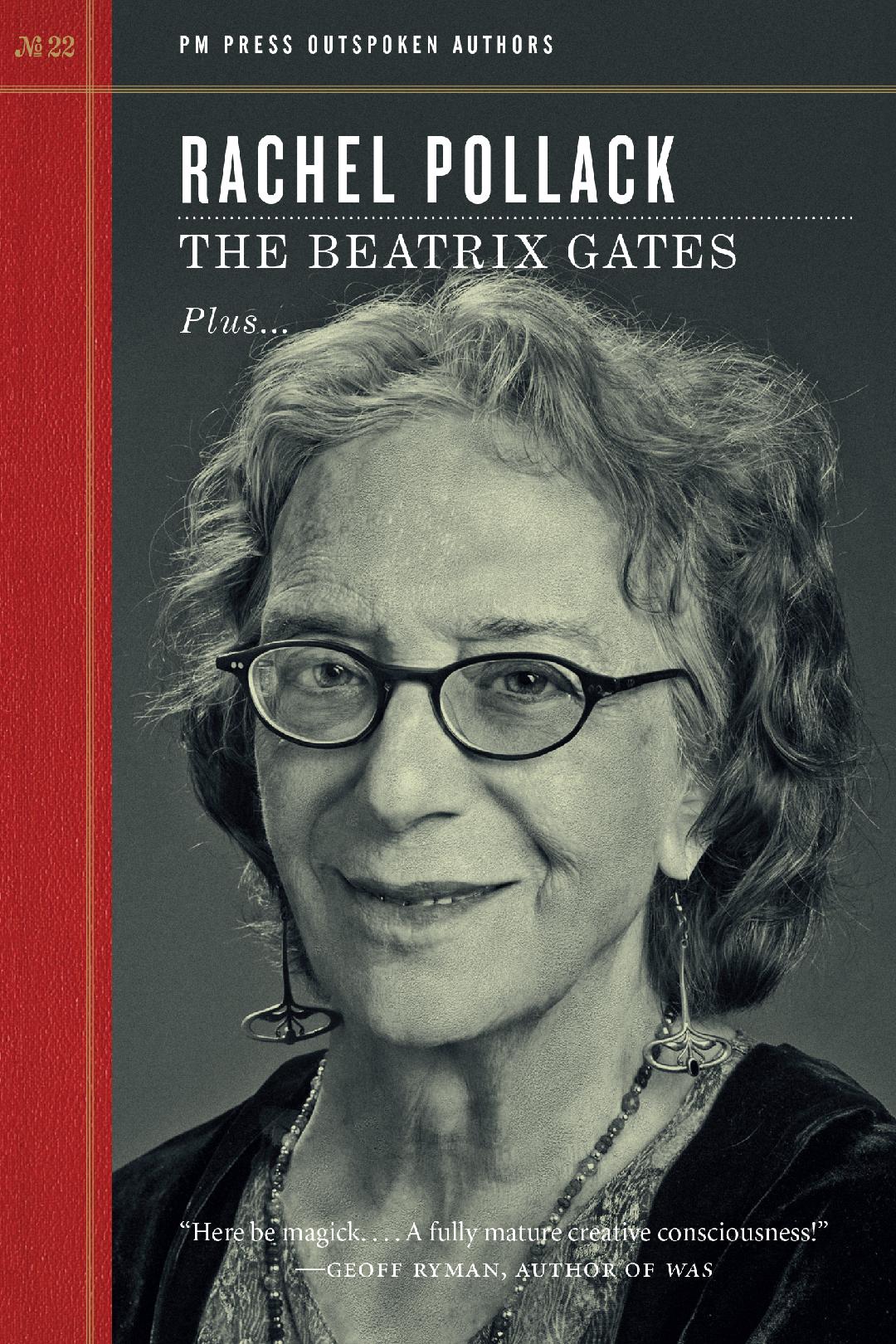 Rachel Pollack really makes you think about a lot of things. What is human? What isn’t? What is female? What’s male, for that matter?

Is gender simply a state of mind? Can we be more than male or female, more than human?

A transgender writer, Pollack (I never guessed she was transgender, not even a second, until I found out she was so by reading this) admits she came out as a transwoman and lesbian in about 1970, in this collection of thoughts, dreams and fiction, THE BEATRIX GATES.

The haunting title story tells about Kara, growing up a Red from the Red Tribe, who really loved the Greens: their food, dress and the people themselves. Kara has envisioned herself a Green, even though she was born Red. So Kara rebels, visiting the “alchemical doctors hidden in a far desert” to the Alchemist’s Palace, transformed in the end into a Green, what she always yearned to be. In the palace, she comes upon a spiral staircase and ascends it, coming face to face with a sentience named Beatrix. The place beyond the palace featured no “Greens or Reds beyond the gates, only color that never ended and never stayed the same.” So you could readily understand this story about sexual transcendence. Are we something other than simply female or male?

I enjoyed the list of new or outdated terminology for transgender people in “Trans Central Station.”

“Burning Beard” is a sendoff of a biblical tale of duty, loyalty and leadership. Terry Bisson does a crackerjack job of interviewing Pollack in “Radical, Sacred, Hopefully Magical.”