THE PEOPLE’s REPUBLIC OF EVERYTHING 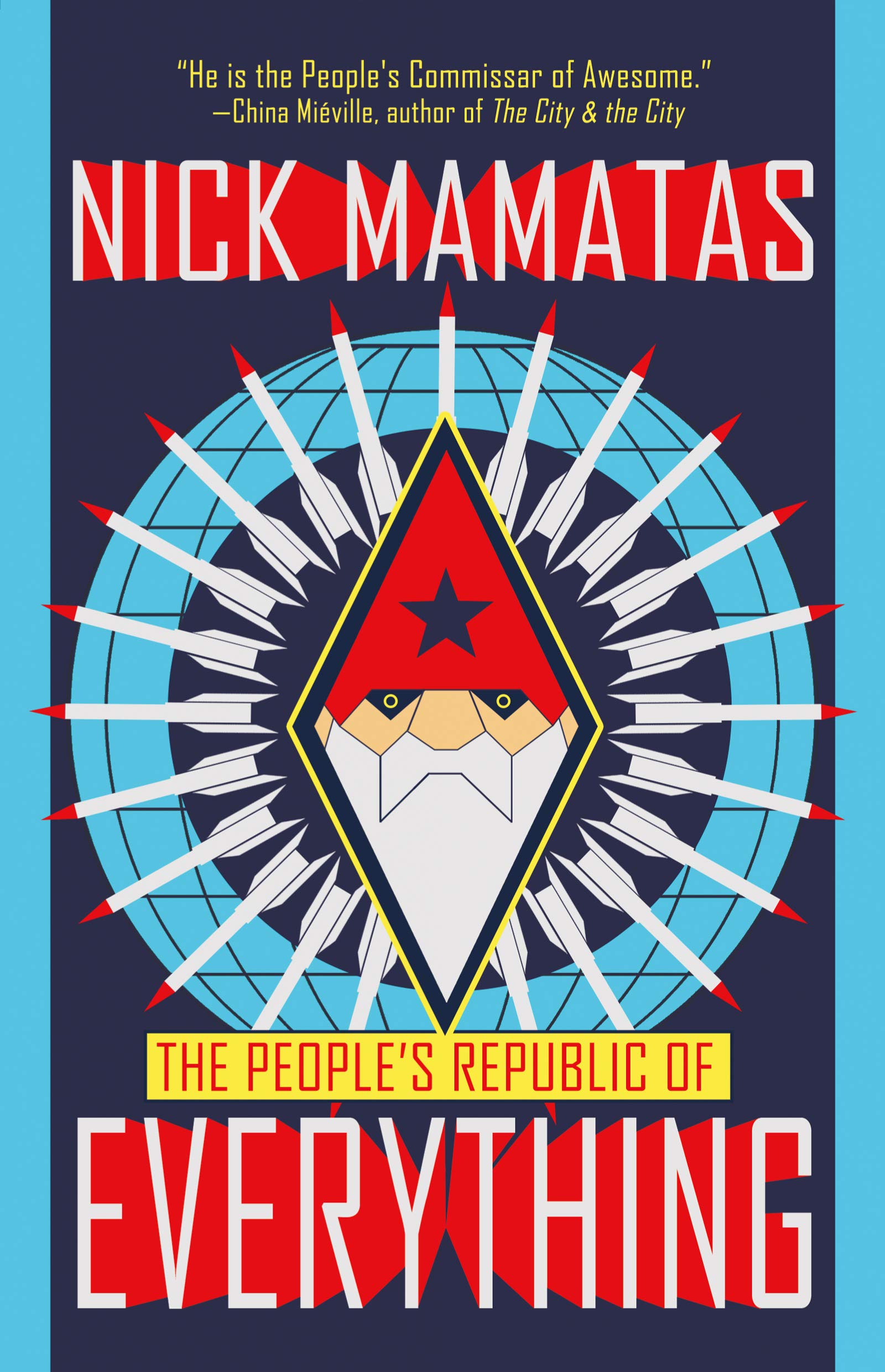 Nick Mamatas is fun to read because you never know quite where you are going:

“Tom Silex, Spirit Smasher.” A pulp collector-agent wants the rights, all rights, to the works of a 1940s pulp magazine author of a ghost hunter named Tom Silex. The owner of the fiction is a senile old woman whose grandson is not so sure that giving away rights to a character created by a despicable individual (the grandmother’s husband) is such a good thing.

“The Great Armored Train.” What happens when the notorious proponents/passengers of the Trotsky’s October Revolution train, a marvel of the military, came face to face with dark and far more mysterious powers that no manifesto could explain or rationalize? What kind of absurd comedy ensues?

“The Phylactery.” This one is about the family of Tony, Cheryl and baby Charlies, about talismans and superstitions and Greek family life. It’s also about how conventional reality often interferes with dreams and blessings.

“Slice of Life.” Mamatas admits in his afterword that this is one of several “slice-of-life” stories he wrote. This tale is about lab professionals looking for a cadaver to study, one that included a fetus – and the biochemical nature of many or most of our social and private behaviors.

“A Howling Dog.” This tale is about social media and a neighborhood website in which a resident complains about a dog howling at all hours. It is an imaginary dog or is the resident experiencing some kind of hallucination? No one else hears any howls. This tale is about life on the internet and its internal craziness.

“Under My Roof.” Weinbergia, a sovereign country newly established in a small and forgetful neighborhood in Suffolk County, Connecticut, declares its own existence as a separate country from the U.S., under the care and control of Daniel Weinberg and his son Herbert. They build a 1-megaton explosive-force nuclear weapon to protect themselves from foreign invasion. What happens next? Well, read all about it!