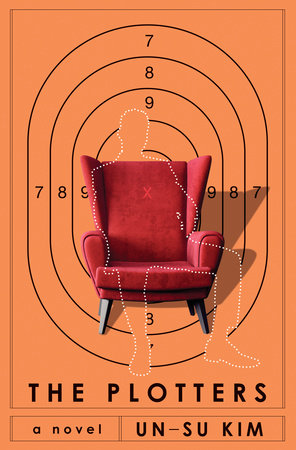 Reseng is an assassin and nothing more, a trained tool for powers he knows nothing about, committing kills in his beloved Korean homeland for reasons he can only guess at.

Reseng’s duties from those who control his actions, the plotters, are simple, really: make the assassination clean, do it quickly and have Bear, a colleague, cremate the body in Bear’s pet crematorium, leaving behind no evidence. (Reseng recalls that, for the most part, every time he is ordered to kill, it’s right before an election.)

What’s worse, Reseng starts questioning his jobs. He is sent to kill an apparently harmless old man and begins to wonder why. He attempts to get answers. Old Raccoon, his friend the librarian, content to while away his days surrounded by books, will give no straight answers to the assassin.

Reseng begins to wonder about his own fate when he discovers a homemade bomb placed in his toilet. Why do the plotters want Reseng to die? And why didn’t the bomb detonate?

Eventually Reseng comes to see a much-bigger picture, of larger fish eating little fish, of plotters out-plotting each other, all for reasons that, at times, defy logic. But it becomes even more clear to Reseng that the time has come to take the whole plotter network down, for good. And he has help from those who believe the same thing he does, and they arrive in his world unexpectedly and seemingly out of nowhere.

I like the layers of brooding darkness in this one, Dan Simmons-like. Kim writes a bit like Simmons, with the dark undertones and world-weary observations of the characters. Reading THE PLOTTERS offered a bit of stylistic nostalgia of the best of Simmons but from a different and new perspective.